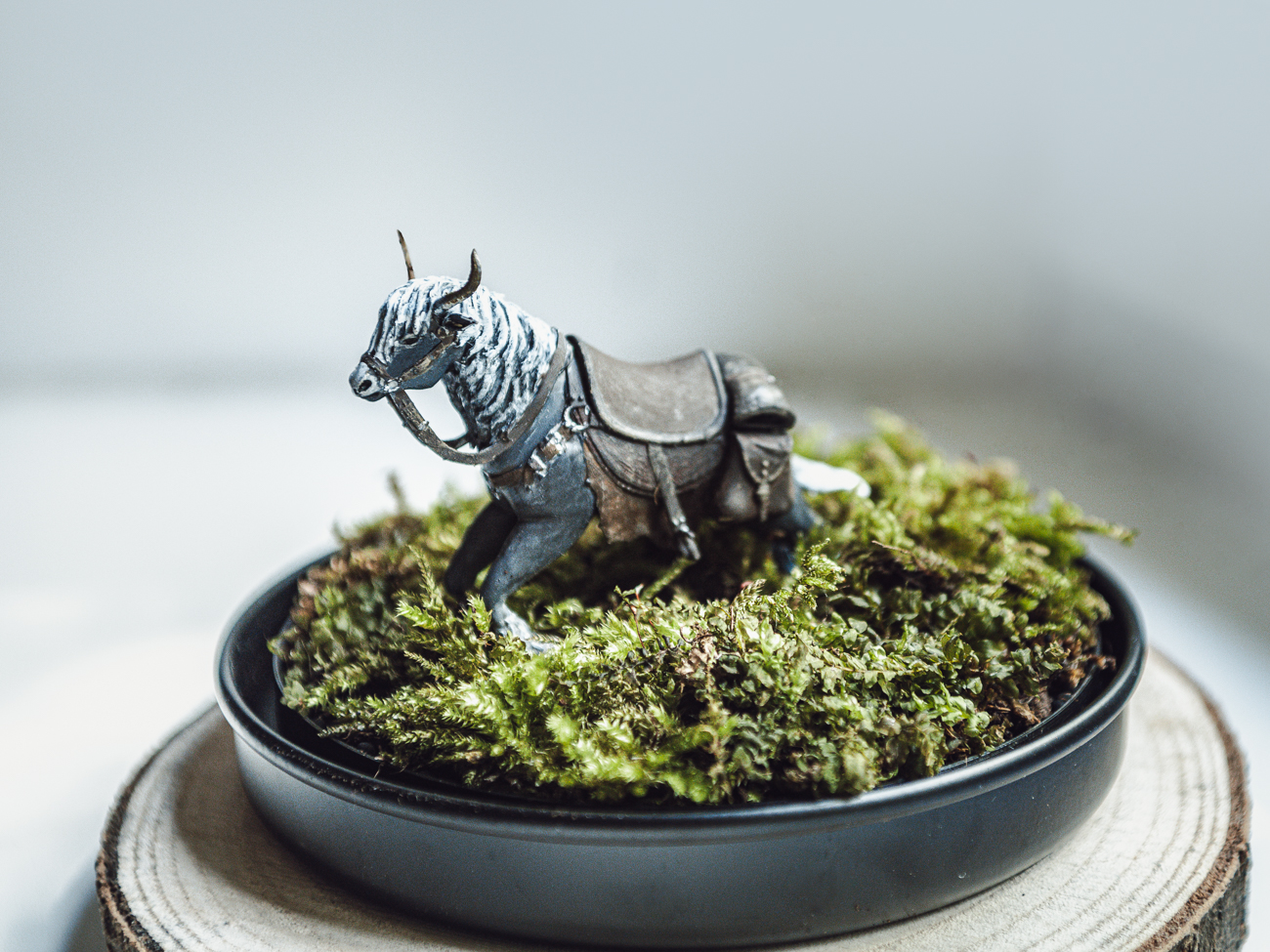 Mossarium is a small and low maintenance terrarium with various species of moss. You can use the moss to create an effect of rolling hills, dense jungle, or wild grassland such as in Elden Ring. It brings any action figure to life!

If you want to create your own mossarium featuring Torrent the Spirit Steed (player’s mount) , continue reading!

For the horse figure:

When printing such small and detailed figure, the SLA printer is a go-to. I recommend printing multiple figures, so you can test your paints and have a backup in case something goes wrong. (Also great to try different scale each time. I ended up with 80% scale.)

You can use any resin you have at home. 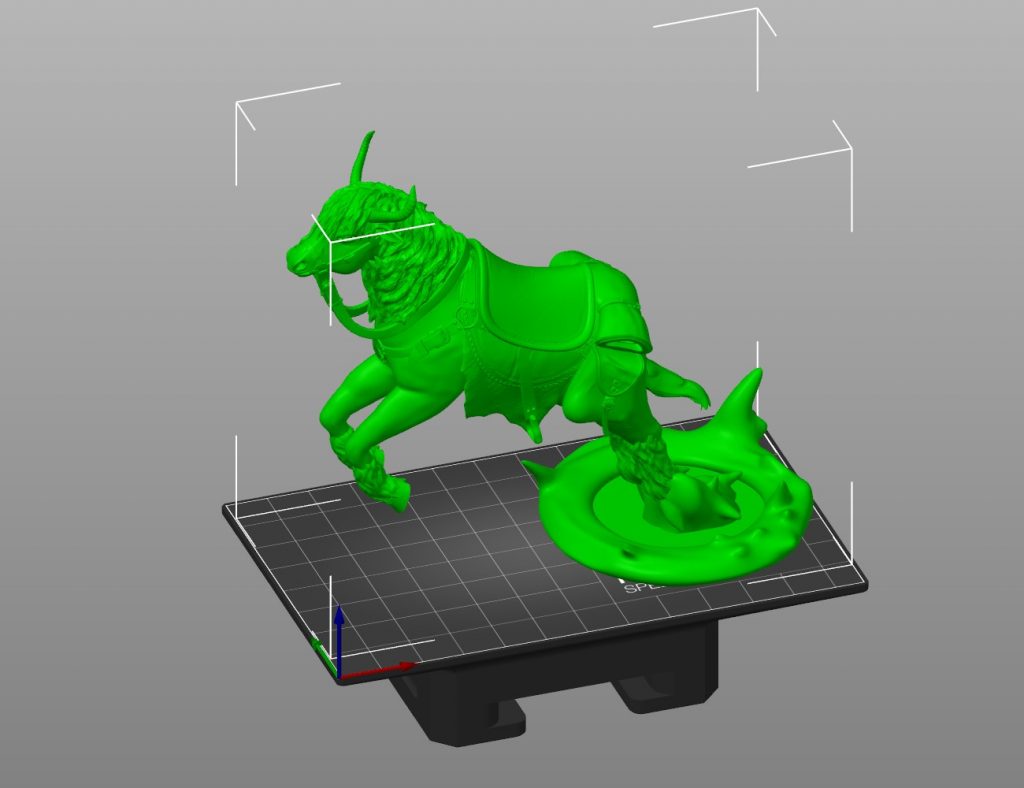 While removing the supports, send the SKONJA_mossarium_inset.stl to your FDM 3D printer. It will hold the glass dome nicely in place while keeping the charcoal at the bottom. It is included among the files. 🙂 Firstly – before painting, attach your Link figure to some sort of a flat surface or a holder. I used double-sided adhesive tape for that.

Secondly, apply a thin layer of a spray filler. 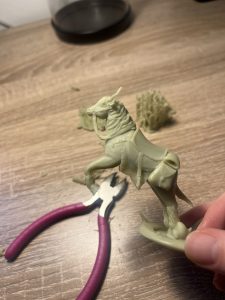 I can’t give you much advice on this, as all you need is just a little patience. 😀

Use acrylic paint with the best coverage possible. It is better to start with the lightest colors and then move to the darker ones. From the bigger areas to the raised details but you will probably need to go back a few times and do some repairs. Use tiny sharp quality brushes. 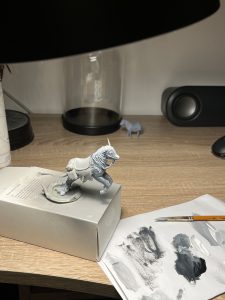 Use acrylic paint with the best coverage possible. 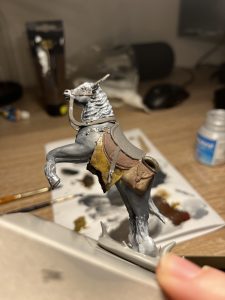 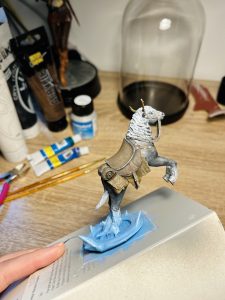 Step 6: Glue Together and Clear Coat

When everything was completely dry, I coated the Torrent figure with clear protective spray paint and glued it to the 3D printed mesh.

The safest way to create a mossarium is with store-bought sterile moss. The reason you should buy terrarium mosses is that they grow it in lighthouses and keep it clean. If you decide to gather the moss in your surrounding, you have to keep in mind that it might contain bugs and you might need to change the moss some time in the future as it might also get moldy over time. I still think it is worth the risk as it was the best part of the project.

I gathered different species of moss on different spots including a roof. 😀 You want your mossarium to be as diverse as possible! Mosses generally prefer compacted, clay-based soils. You can look for terrarium soils, or mix your own using a bit of basic soil, orchid bark, perlite and a dry sphagnum moss. Start stuffing the soil with the moss. For now without the metal base. You might need tweezers in this phase. 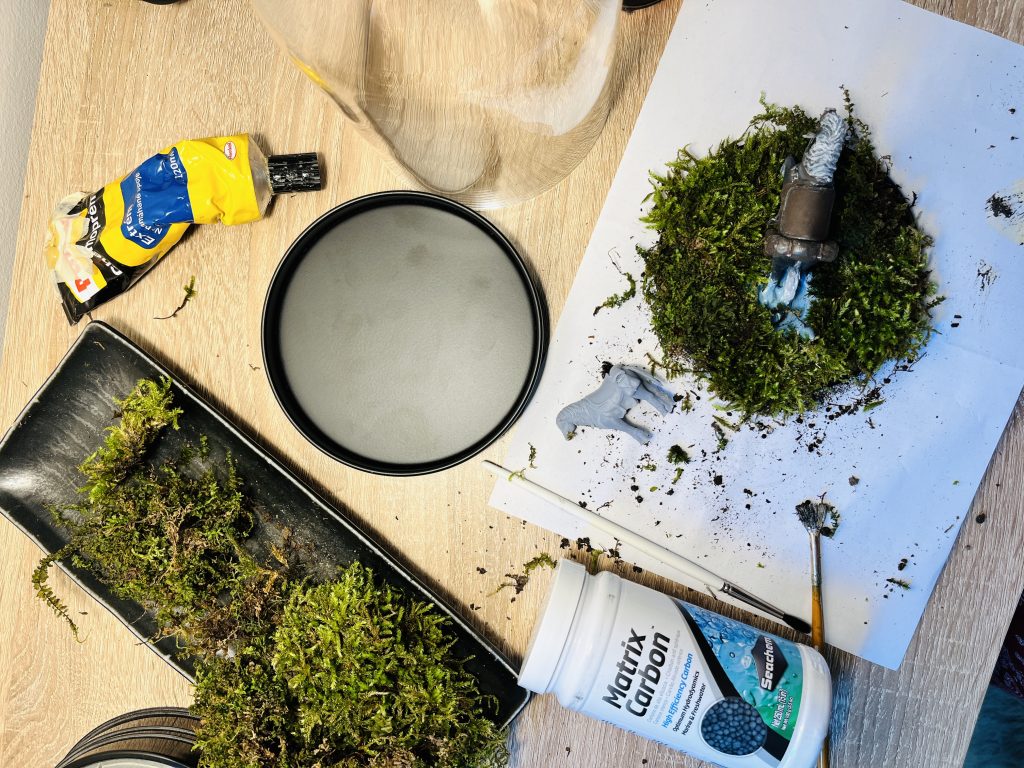 Where to place your diorama:

Keep your mossarium in relatively shaded area that doesn’t get blasted with direct sunlight regularly. 🙂

How much to water:

The amount of moisture needed will depend on which moss you’re growing. In general, most species like to be evenly moist but not wet. Less is more, as over watering can lead to harmful mold and algae. Use a pipette to water the moss evenly, keep it moist, but not too much. The glass dome should get a little hazy at the bottom, with a few water drops, but never fully cloudy! In case that happens, leave it open a bit to ventilate.

Have fun creating this Elden Ring inspired mossarium with 3D printed Torrent! I would love to see your version of this creation, so feel free to share it on social media and tag me! 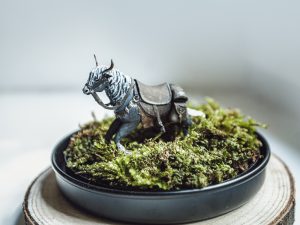 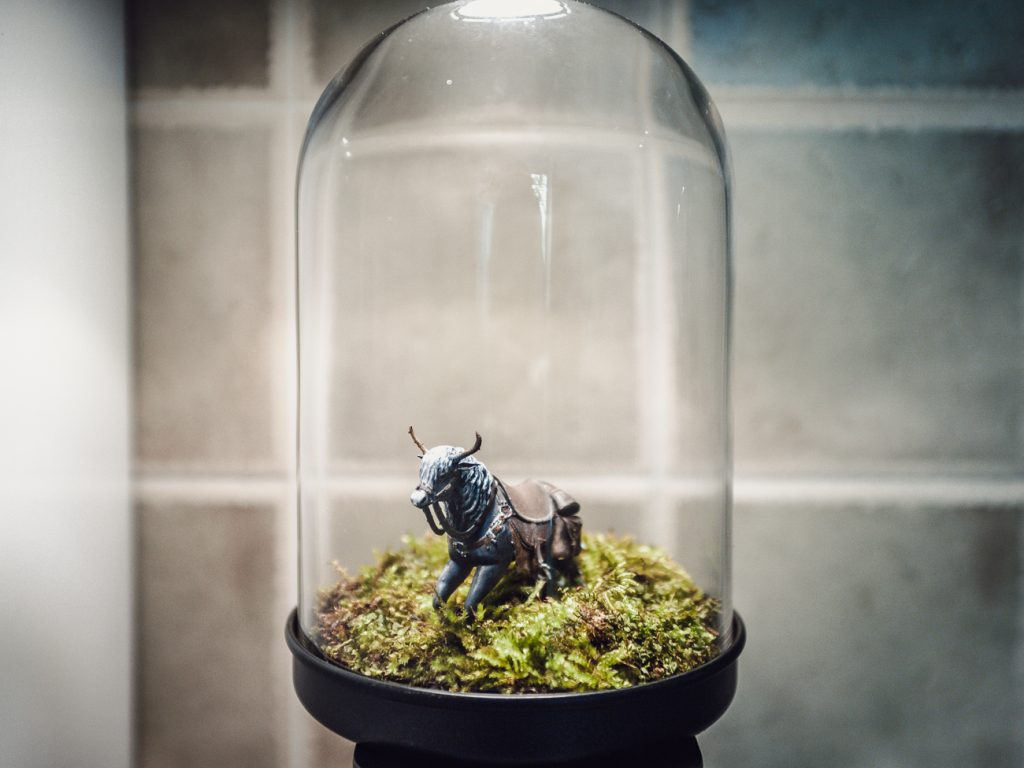